‘La Camioneta’: The Soul of a School Bus
by J. Hoberman 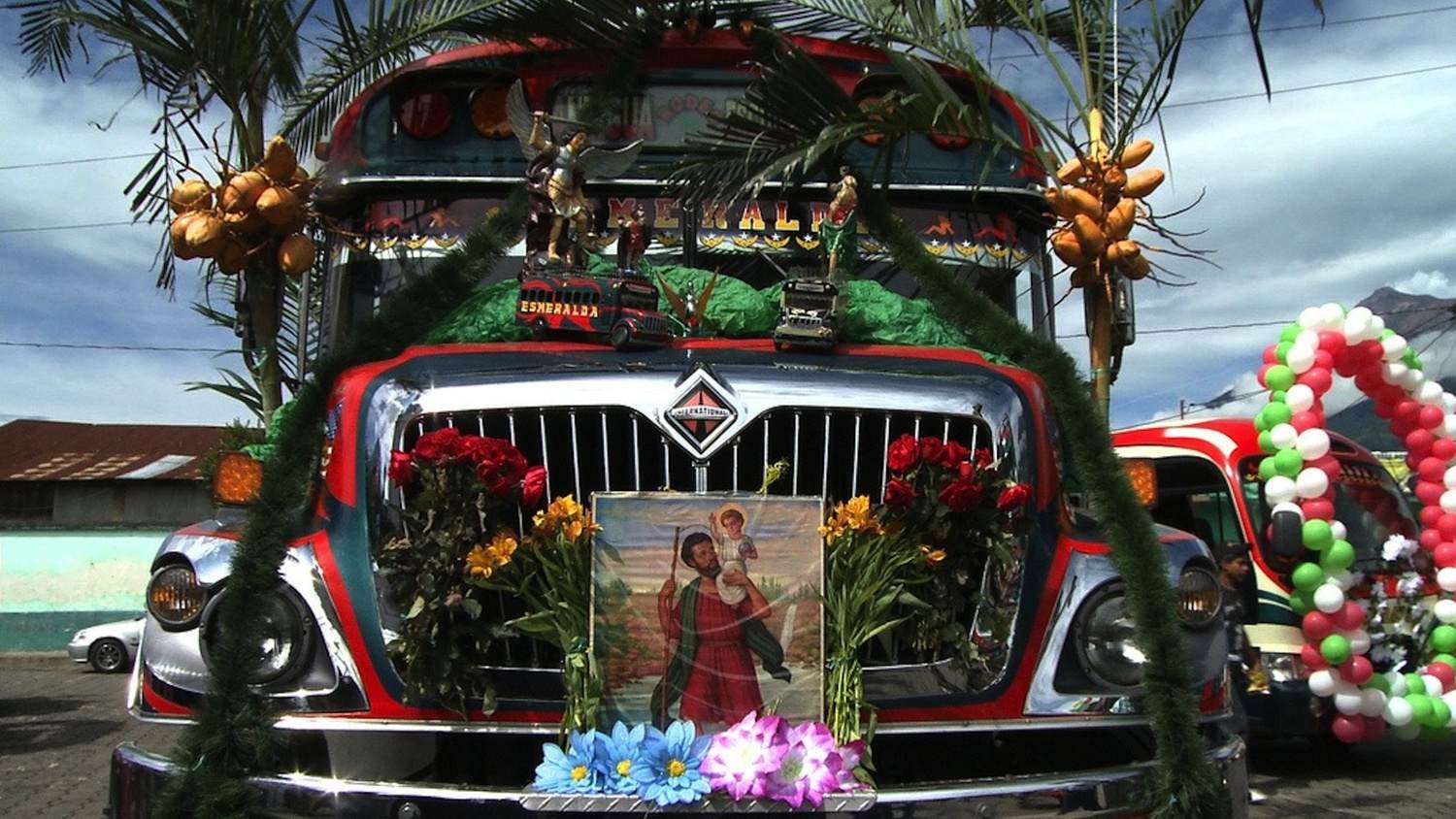 Old timers may remember the first-person country song that began “Hello, I’m a truck.” There’s a kindred auto anthropomorphism inherent in Mark Kendall’s first feature “La Camioneta,” which had its world premiere in the documentary section of 2012 SXSW Film Festival and opens for a week-long run at the reRun Gastropub in Dumbo (May 31-June 6).

“La Camioneta” concerns one of the many decommissioned American school buses that, lovingly repainted and elaborately decorated, are reborn in Guatemala as camionetas (or, as gringo tourists call them, “chicken buses”). This particular transformation involves a dangerous road trip from Pennsylvania across Mexico where, as one driver says “anything can happen,” to Quetzeltenango, Guatemala’s second largest city, southwest of the capital. There follows a detailed, painstakingly stenciled customization of the bus chassis – or rather, its exterior. What’s striking is that the drivers, or at least those with whom Kendall spoke, are totally into the bus’s look and seemingly uninterested in what happens under the hood.

That driving in Guatemala is dangerous as well – 130 bus drivers were killed by gangs and extortionists in the course of the year that Kendall made his movie – gives a piquant quality to the blessing bestowed on a new camioneta, festooned with flowers and balloons. “La Camioneta” is a poetic, even dreamy, film that ultimately conveys the mystical sense of a transmigrated (mechanical) soul. This wildly colorful vehicle seems totally at home, a point the filmmaker reinforces with a flashback to the same bus, regulation yellow and black, being driven through an empty, sterile suburb.